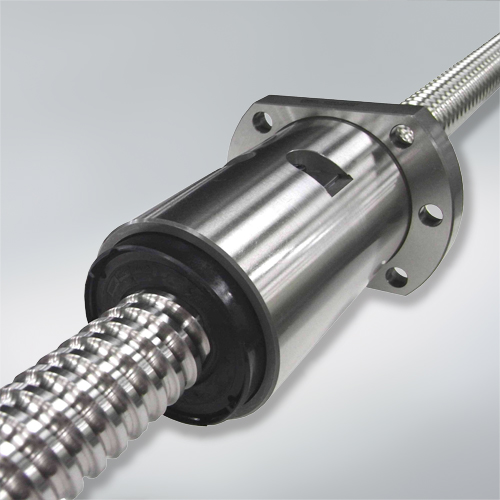 NSK has developed a new ball screw sealing concept for the machine-tool industry, which delivers significantly improved sealing performance compared with standard labyrinth seals without compromising on friction. The X1 seal is being presented at EMO.

The key drive functions of modern machine tools are realised with ball screws that combine high speeds with extremely high precision and impressive dynamic load capacities. As the world’s largest manufacturer of these demanding drives, NSK is dedicated to continuously optimising existing solutions and has consequently developed a new sealing concept.

The aim was to improve on the performance and function of previously used labyrinth seals in two key areas. Firstly, the new product had to display a superior sealing action, and secondly, this enhanced function was to be accompanied by low-friction properties.

Here it is important to bear in mind that the sealing action required for ball screws is twofold: On the one hand, the seal has to prevent the leakage of lubricant from the inside. On the other hand, it has to prevent particulate matter from outside from penetrating and damaging the contact surfaces of the balls, spindle and nut.

A separate seal was developed for each of these two functions: an external wiper that keeps the spindle free of particles and a second that holds back the lubricating grease. Computer-assisted optimisation of the sealing lip design made it possible to significantly reduce friction levels. Due to the effective direction of the two seals, the designation ‘X1 seal’ was chosen – derived from the configuration of angular-contact ball bearings.

In practice, the targets laid out in the requirements specifications were greatly exceeded. The plan had been to achieve a tenfold increase in the wiping effect. Measurements showed a particulate penetration of only 3% compared to labyrinth seals. At the same time, the leakage of lubricating grease was reduced by two-thirds in comparison with previous standard values. Last but not least, it was hoped that the targets could be achieved with just a marginal increase in friction. The tests showed that the X1 seal increases the torque resulting from the preload by 1%. In other words, the new sealing concept also makes a significant contribution to the smooth operation and energy efficiency of any precision drive.

The new X1 seal is offered as an optional component for the latest-generation NSK ball screws for machine tools. According to NSK’s initial estimates, a large number of customers in the machine-tool industry will select this option as the combination of improved sealing action and low friction is ideal for current machine concepts.

You will find us in Hall 7 - Booth B16
www.emo-hannover.de