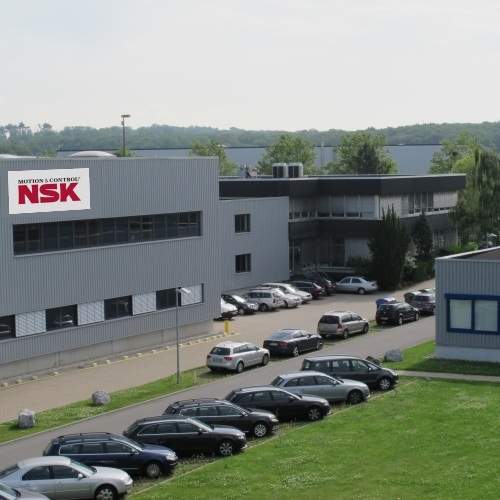 As it expanded its business activities in Europe, additional sales organisations were set up in other European countries. NSK Europe’s first manufacturing facility in Peterlee (UK) was founded in 1976 – an important milestone in the company’s 50-year history. During the 90s, NSK Europe grew substantially by acquiring the UPI Group (RHP) in the UK and the ISKRA Group in Poland.

The company is well positioned in the industrial sector as a manufacturer of high-quality bearings, ball screws and linear guides. It is also active in the field of automotive technology, developing and producing wheel bearings and rolling bearings for power trains plus complete electric power steering systems (EPS) for cars. NSK’s clients in the automotive sector include almost all well-known European carmakers.

All of the company’s products are made to the highest quality standards. NSK has set itself the goal of becoming the world’s No. 1 in Total Quality. It has received multiple supplier awards, including several very recently from clients such as Volkswagen, Bosch, Gildemeister and Kessler, which prove that the company is successfully working towards this aim.

NSK Europe is based in Maidenhead (UK) but also has a strong presence in Germany with its European Technology Centre in Ratingen. NSK Europe has seven production facilities in Europe (UK, Poland and Germany) and generated turnover of almost €1 billion during the last financial year with its workforce of approximately 3,400.

NSK is having a staff party to mark its 50th anniversary in Europe. Dr Jürgen Ackermann, CEO of NSK Europe Ltd., says: “Ultimately, it is our employees who are responsible for our success. The anniversary is a good opportunity to celebrate together.” Norio Otsuka, President and CEO of the Tokyo-based parent company NSK Ltd., will also attend the anniversary celebrations in Ratingen – confirmation that Europe is a key market for the whole NSK Group.