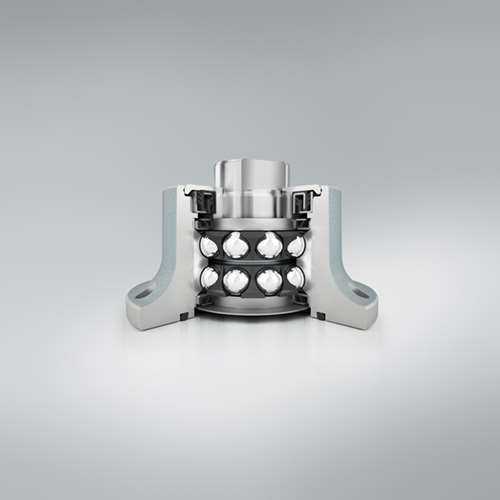 When a standard rolling bearing is installed in agricultural machinery, the prospects of long service life are fairly poor. For this reason, most high-end OEMs in the agricultural industry rely on customer- and application-specific rolling bearings from NSK.

NSK’s Agri Disc Hubs are filled with a special, high-performance grease that is capable of absorbing high pressure and therefore last throughout the useful life of the bearing. Any need for subsequent lubrication, as required when using standard rolling bearings, is eliminated. This saves both time and grease, and preserves the environment as no grease can leak from the bearing unit.

In the agritechnology sector, rolling bearings are almost always exposed to moisture, abrasive particles and corrosive substances such as fertilizers, as well as high mechanical stress. However, the machines that extract and spread manure, a highly corrosive medium, have to withstand extraordinarily harsh conditions.

Eidam Landtechnik GmbH in Lössnitz, Germany has specialised in this demanding sector of agritechnology. The company develops innovative machines for extracting and spreading manure and digestate in the field. At Eidam, long service life was made a top design priority in one of the company’s current generation of machines, the Innomadie compact disc harrow for manure applications, which uses customer-specific Agri Disc Hubs from NSK. All bearing fixing points are designed to be extra-large in size and equipped with replaceable wear bushings, while screwed attachment points enable easy replacement.

The highly effective multiple seals on Agri Disc Hubs are a further advantage here. On the machine-arm side, bearings are equipped with two cassette seals placed next to one another, offering a total of eight sealing lips (the disc side is secured by another cassette seal). At Agritechnica 2017 (Hanover, Germany, 12-18 November), an Innomadie compact disc harrow will be showcased as an application example on NSK’s stand (Booth E44, Hall 15).

Based on Agri Disc Hubs, NSK has also developed its series of Large Hubs. Featuring the same design principle, Large Hubs are designed for bigger discs and higher performance. Among the users of these bearings is US agricultural machinery manufacturer Kuhn Krause. The new Kuhn Krause Interceptor compact disc harrow, which was introduced at the recent Farm Progress Show in Decatur, Illinois, is designed for tilling rough terrain.

To date, Kuhn Krause has discovered that Large Hubs last twice as long as the required lifespan, although tests are ongoing and final results are not yet available. As well as the highly efficient sealing, with its five-fold and three-fold cassette seals, the company highlights the very robust housing that protects the bearings from the impact force of stones.

Gerhard Dücker GmbH & Co KG also uses NSK Large Hubs for the flail shafts of its verge/flail mowers, which were also customised for the specific application. Compared with a soil-tilling machine, the bearings of the flail shaft rotate 10 times faster, at approximately 2,400 min-1. This speed puts extra demands on the seals, which are also severely tested as these machine types are often used in ditches and stream beds, so there is always a risk of water penetrating the bearings which quickly leads to failure. The sealing system of Agri Disc Hubs provides an optimal solution that overcomes these challenges.

At Agritechnica 2017, NSK will display a model of a flail mower equipped with a Large Hub and an additional customised (and smaller) bearing in the feeler roller.

As a result of historical operations, NSK's strongest market is Western Europe. However, more and more agricultural machinery manufacturers from the US, Australia and Eastern Europe are choosing the company’s customised bearing units. Aside from Agri Disc Hubs, these include other special bearings such as four-point contact ball bearings, radial-insert ball bearings, flanged bearings and pulley bearings.

Today’s end-users, especially contractors, increasingly press manufacturers to use NSK Agri Disc Hubs because these bearings minimise machine downtime during the all-important (and brief) harvest and tilling seasons. After all, there can be up to 98 disc bearings installed in a single compact disc harrow, all of which have to work perfectly during operations. This is another reason why well-known manufacturers like Eidam and Kuhn Krause explicitly state in their product documentation that they use NSK bearing units. 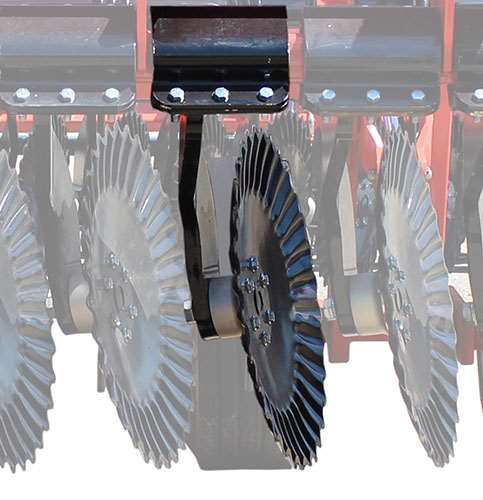